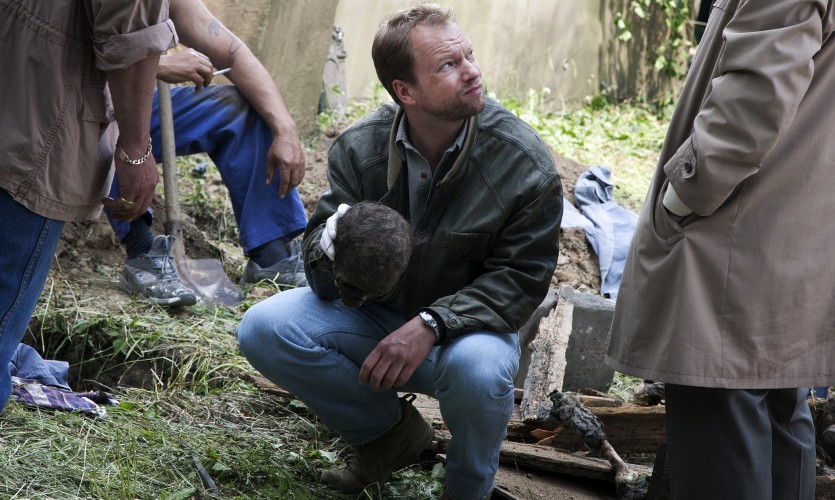 It’s the sweltering summer of 1992 – three years since the Velvet Revolution overthrew Czechoslovakia’s Communist Party rule and six months before the Czechs’ and Slovaks’ amicable “Velvet Divorce”. An ambitious young Bratislava detective (Polish star Maciej Stuhr) is handed a cold case concerning a body accidentally uncovered in a cemetery with a nail driven through its skull, a mode of execution that surely bears the fingerprints of the StB, the dreaded secret police force from the previous regime, members of which remain among his colleagues. Furthermore, the victim is linked to the Catholic Church…