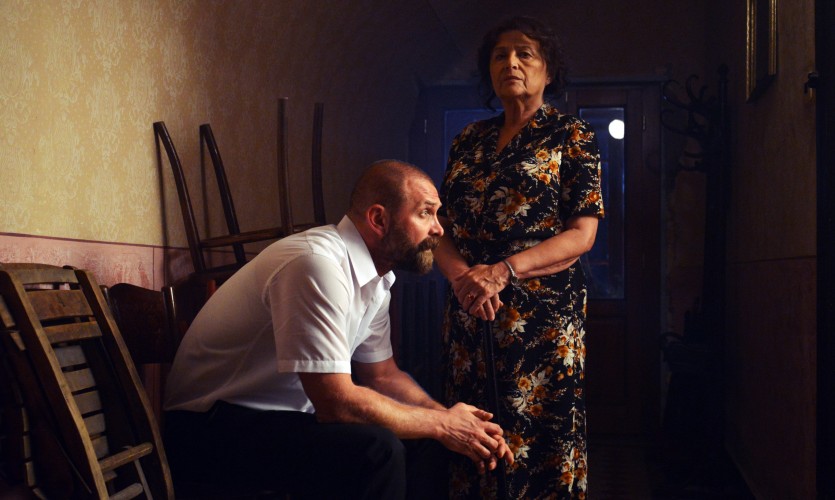 Adam Krajňák (Tomáš Maštalír) is the head of a tightknit operation smuggling cigarettes from Ukraine into the EU via Slovakia. When this is made precarious by Slovakia’s imminent 2007 accession to the Schengen Zone, pressure mounts to traffic more profitable but also more dangerous commodities, testing Adam’s fortitude and his colleagues’ loyalties. His daughter’s forbidden romance with the son of a cohort across the border only further complicates the “family business”.

The first official Slovak-Ukrainian co-production, The Line is a hugely entertaining, blackly comedic crime thriller. A highlight of the main competition at Karlovy Vary this year, it is elevated by Emília Vášáryová as the no-nonsense Krajňák materfamilias, Slavo Solovic’s rollicking Balkan-flavoured score, and some surprising surrealistic flourishes.