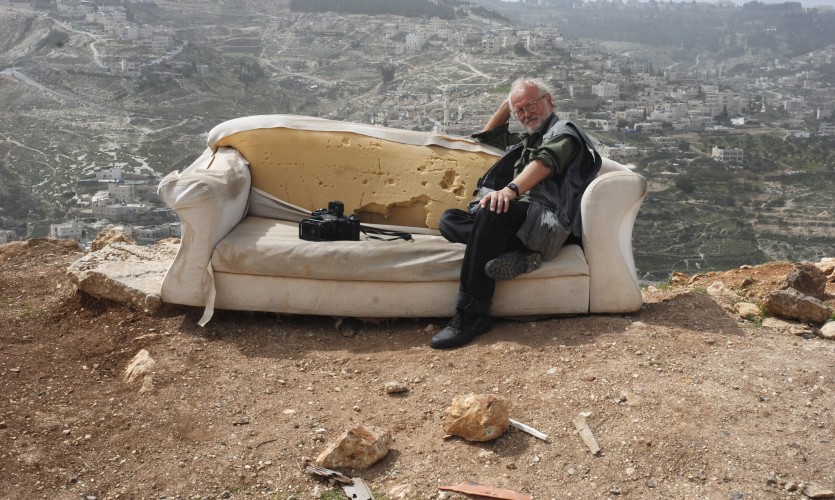 Josef Koudelka is one of the most revered figures connected with the Magnum photographic agency; images of his remain among the most iconic of those taken of the Warsaw Pact invasion of Prague in 1968.

Gilad Baram’s transfixing, minimalist documentary follows the celebrated photographer as he embarks upon a four year journey into Israel and Palestine, where the division of the holy lands by stark, man-made means clearly resonates with the film’s subject and his Communist-era lived experience. This film though is just as much about Koudelka’s methods as it is about that which he is drawn to photograph.

CaSFFA is proud to screen Koudelka Shooting Holy Land in partnership with the University of Melbourne European Union Centre on Shared Complex Challenges. Followed by a panel discussion, “What role can images and film play in soft diplomacy?”, with Dr Ilona Hongisto and Dr Tyson Wils. All tickets at concession prices (or ACMI Members rates where applicable).

The EU Centre on Shared Complex Challenges is co-funded by the European Commission and The University of Melbourne.