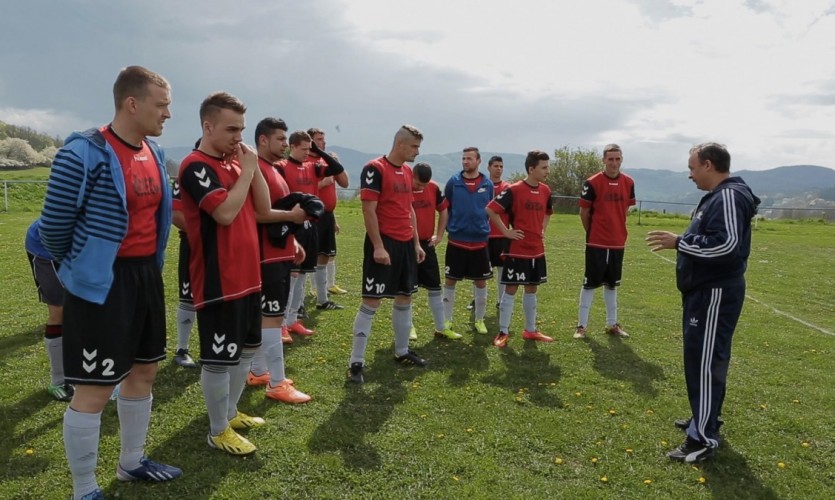 Soccer commonly enjoys the epithet “the world game”, indicative of its stature as the one sport that brings together peoples of all nations. However, that doesn’t mean it’s untainted by racism, not least at its grassroots in today’s Czech Republic.

The new FC Roma football club in the northern Czech town of Děčín is predominantly made up of Romani players. Knowing this, opponents regularly default on fixtures with them, content to cede championship points knowing that that will be the full extent of their punishment.

This terrific documentary, co-produced by HBO Europe, is wonderfully entertaining and understandably keen to have its audience side with its endearing underdog subjects; it’s also smart enough to present them as all-too-human beings who aren’t immune to some entrenched casual bigotry themselves.

FC Roma will be preceded by the superb short film Atlantis, 2003 (dir. Michal Blaško, 2017, Slovakia & Czech Republic, 30 min). In 2003 Slovakia is still four years away from joining the Schengen Area. A young Ukrainian couple choose to brave a crossing of the lawless Slovak-Ukrainian border, in order ultimately to seek better prospects in Germany. Suffice it to say that things are not quite what they seem in this chilling film which was selected for the Cinéfondation section at this year’s Cannes Film Festival.